Now that Man of Steel has been released and has proven to be a success both critically and commercially, we can anticipate more DC comics movies and almost certainly a Justice League of America (JLA) movie.  We’ve heard reports that star Henry Cavill has signed a multi-picture deal which will almost certainly include a JLA movie.  The JLA will likely include Superman, Wonder Woman, Batman, Green Lantern, and Flash with the possible addition of such characters as Black Canary or Hawk Girl to add a bit more diversity to the team.  With ComicCon about one month away I would not be surprised if the folks over at WB/DC are frantically working to put a cast together for more DC movies, if not striving for a full JLA onstage moment.  So the big question is, who joins the League?  Here are my suggestions, predictions, etc. which are based on my own ideas and (as of this writing) no official confirmation. 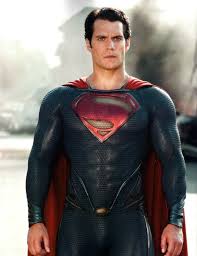 Bear with me.  Since Superman/Wonder Woman/Green Lantern are basically Gods, it doesn’t make much sense to think that a mere mortal could really hang with this pantheon, let along fight whatever big bad would bring them together (Black Adam, Darkseid, Doomsday, etc.).  It would make more sense, to me, to have Batman/Bruce Wayne act as more of a financier or “man behind the curtain” than an active participant in the battle.

MMA fighter turned actress Gina Carano has started to get some big looks after appearing in Fast & Furious 6 and dating Mr. Cavill, she’d be a very believable choice as the butt-kicking Amazon princess who can stand toe to toe with Superman.

This Criminal Minds star would bring the needed combination of intellect and intensity needed for this architect turned space cop.  I know we’ve already had a Green Lantern movie, but (despite the fact that I think it’s an over-hated movie) we can probably guess that they’ll largely ignore that this movie happened.  An easy way to ignore without having to reboot would be to change GL’s.  The non-comic reading fans are already familiar with Stewart’s Lantern as he appeared in the Justice League Animated Series.

I’m fairly sure that WB/DC will go with a younger actor who’ll bring in more of the teen-girl demographic, and since thanks to my daughter not yet being of an age where I know anyone on Dog with a Blog, I’ll just nominate the guy I’d most like to see.  NPH needs to play a superhero, and I almost don’t care which one.

While the Manhunter himself will probably be either massively made up or CGI, his human form (he’s a shape-shifter) will likely be on screen more if for no other reason than budgetary concerns.  Elba will be appearing in my most anticipated movie of the remaining summer, Pacific Rim, which will likely increase his stock allowing him to be gotten on the way up.  One possible concern is his commitment to the Thor franchise where he plays the small part of Heimdall.

Thoughts? Any ideas of other actors, or characters who should join the team?

About That JOKER Sequel…

Greedo Gets the Last Word

About That JOKER Sequel…

Greedo Gets the Last Word

BE ENTERED TO WIN A FREE T-SHIRT
Subscribe to our mailing list to enter. You'll also get notified via email when new articles and podcasts are available!

By submitting this form, you consent to your data being collected. We respect your privacy and take protecting it very seriously.

New Images and Details on Solo: a Star Wars Story